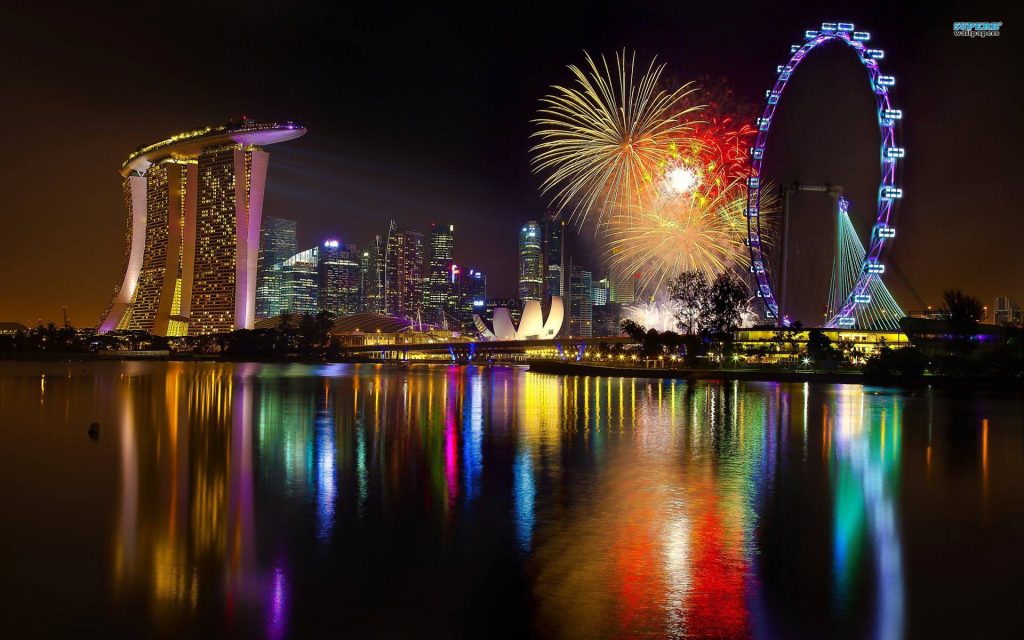 Singapore sights, spectacular Scentsy sidekicks and a little sunburn – we sure roared into Singapore on our all expenses paid Scentsy Incentive Trip this year! What a whirlwind of fun Scents With Christie (and co.) had in the Lion City. 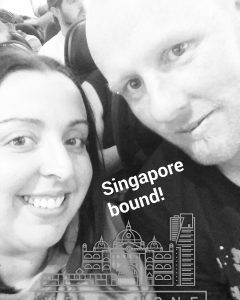 I can not express my gratitude to Scentsy Home Office sufficiently for offering Independent Scentsy Consultants like myself the opportunity to earn a spectacular Scentsy Incentive trip. I would call them once in a lifetime experience- but they are an annual incentive! I have been fortunate enough to earn each Annual Scentsy Incentive Trip for myself and a guest from 2013 to the present day.

Once you have attended a Scentsy Incentive Trip you will make certain that you never miss another one! If you would like to join me in working towards earning future Independent Scentsy Consultant incentives as a part of my successful and supportive Scentsy team “Graceful Ascent” please contact me here. 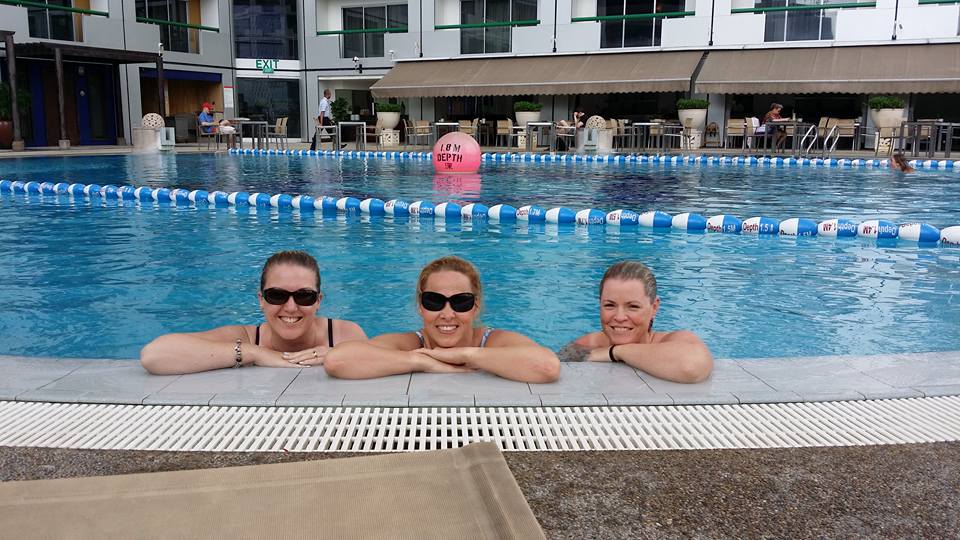 Hubby and I were a little unsure as to what to expect from Singapore itself (despite my frantic Pinterest Pinning prior to our departure), but as we had experienced the opulence and luxury of a Scentsy Incentive Trip before we were certain we would be spoiled rotten. (*Spoiler alert: we were CORRECT!)

Departing from Melbourne, Australia we flew in comfort and style thanks to Qantas airlines. Not only was this our first child-free Scentsy International holiday, but the food, drinks and entertainment on the flight ensured that we were especially relaxed and refreshed as we landed in Changi Airport. 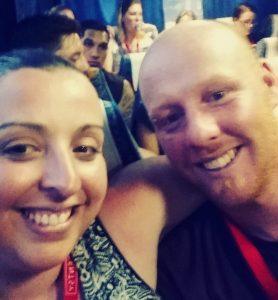 The first thing that we noticed as we were driven to the Fairmont Singapore was that the road signs, (and indeed almost all signs) were in English.  This made getting around incredibly easy- especially as the Singapore MRT (Mass Rapid Transport) was so user friendly and a seamless way to travel. Scentsy had kindly gifted us a very generous meals/spending money allowance as well as an attractions pass and MRT ticket which really meant we didn’t use our own money to buy much if at all. The Singaporean world really was our oyster during our time away. 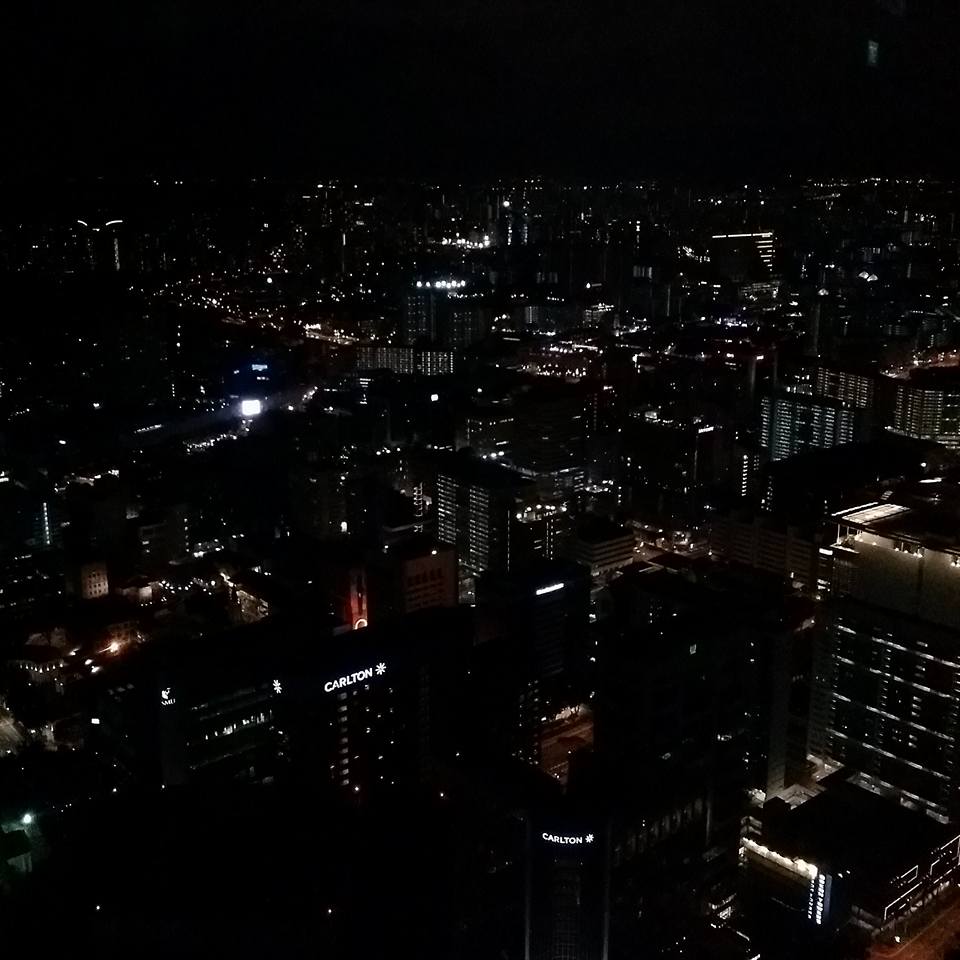 Night one included a welcome reception and dinner on the 71st floor of the Fairmont Hotel Singapore where we were staying. An impressive drum show, seafood buffet and a chance to hang out with Home Office staff as well as Heidi and Orville Thompson (President & CEO of Scentsy Global) really wowed all the Scentsy Consultants right out of the blocks.

After a meet and greet, we set to exploring the Raffles Shopping Complex right there at the hotel before calling it a night. Josh and I were determined to live every minute of our time away on Scentsy Incentive Trip sans children and I am happy to say we did a great job. 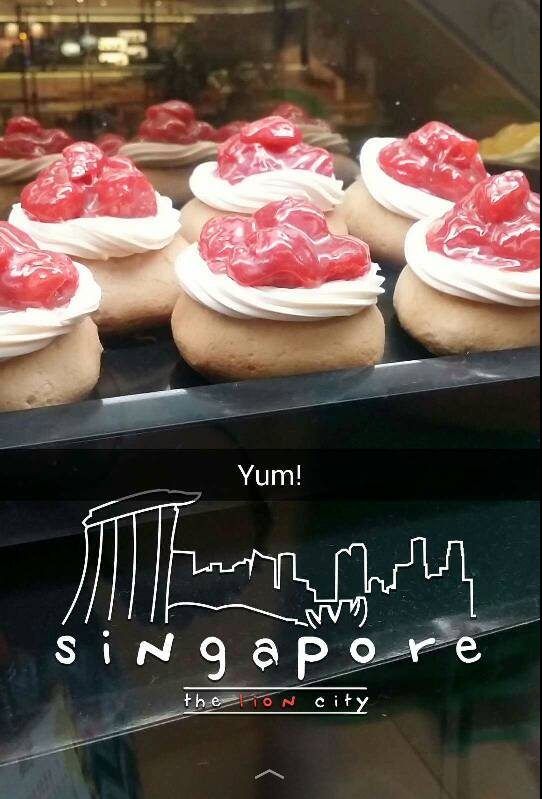 Day two we headed off on the MRT with Dan Orchard and his wife Annie to visit the Singapore Zoo as a chaperoned group. The Zoo itself was spectacular, with the opportunity to get up and personal with many animals, such as: Elephants, Monkeys and Rhinos (oh my!) We were able to buy some unique souvenirs here for our four children whist having the time of our lives with fellow Scentsy Consultants and Leaders. 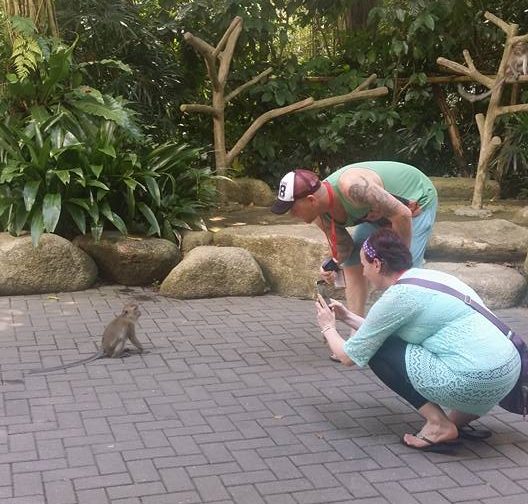 That evening we ventured out to another local favourite as a plethora of Scentsy Teams and individual consultants… it was Karaoke time! I am very thankful to my team mate Chelsea Tanner for her hard work in coordinating this booking and event- singing is a serious sport in Singapore it seems!

In the later hours we stopped off at the iconic Raffles Long Bar to buy Singapore Slings and enjoy complimentary peanuts by the handful (I am still not sure about the ritual of throwing the shells on the floor however…) when in Rome right? Then we fell into our luxurious cloud-like bed in anticipation of the following day at Sentosa Island. 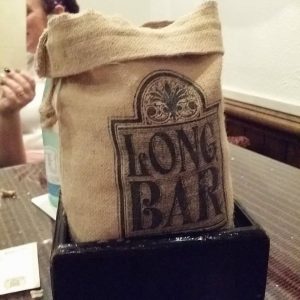 Using the MRT to get to the majestic cable car system made the journey to Universal Studios an event in itself, we each decided to purchase a memento to remind ourselves of the fun we had with our Scentsy Family en-route- which really speaks to how fun even getting to places whilst we were there was!

One Scentsy team mate even overcame some of her fears of heights to make the trip over the water with us. Universal Studios were undoubtedly a highlight of our entire time in Singapore – both attending as regular guests and again the following night as exclusive Scentsy Award night attendees after the traditional park closing hours. 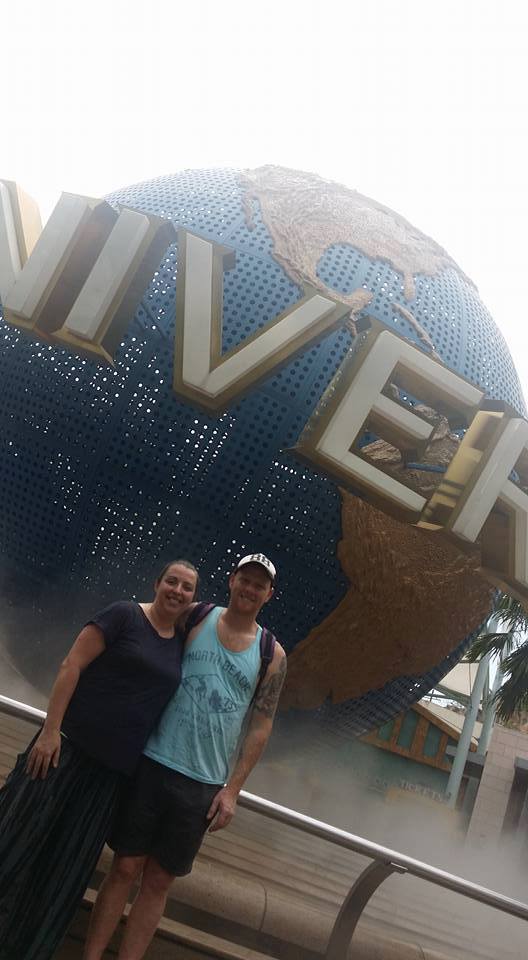 Most evenings saw a slight drop in temperature and a couple of spectacular thunderstorms. Fortunately we were able to time these weather sound and light shows with lashings of food and a nice safe viewing spot out of the elements.

The mornings broke with beautiful sunny weather again and Day three saw us in search of the famous Singapore Merlion. Perhaps foolishly, hubby and I elected to walk the kilometre there and back from the Fairmont. To say it was the hot and sweaty option would be a large understatement! But there it was, and it was definitely selfie time! 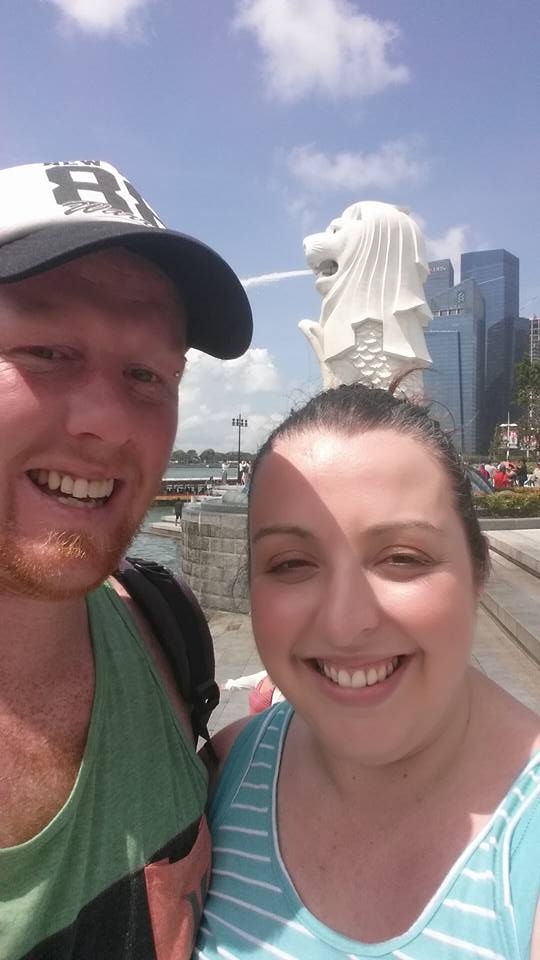 The afternoon leant itself beautifully to a refreshing dip and then lounging poolside and enjoying a refreshment or two before our exclusive Scentsy Awards Night at Universal Studios Sentosa. This is the life that we can only dream of for the rest of the year right? 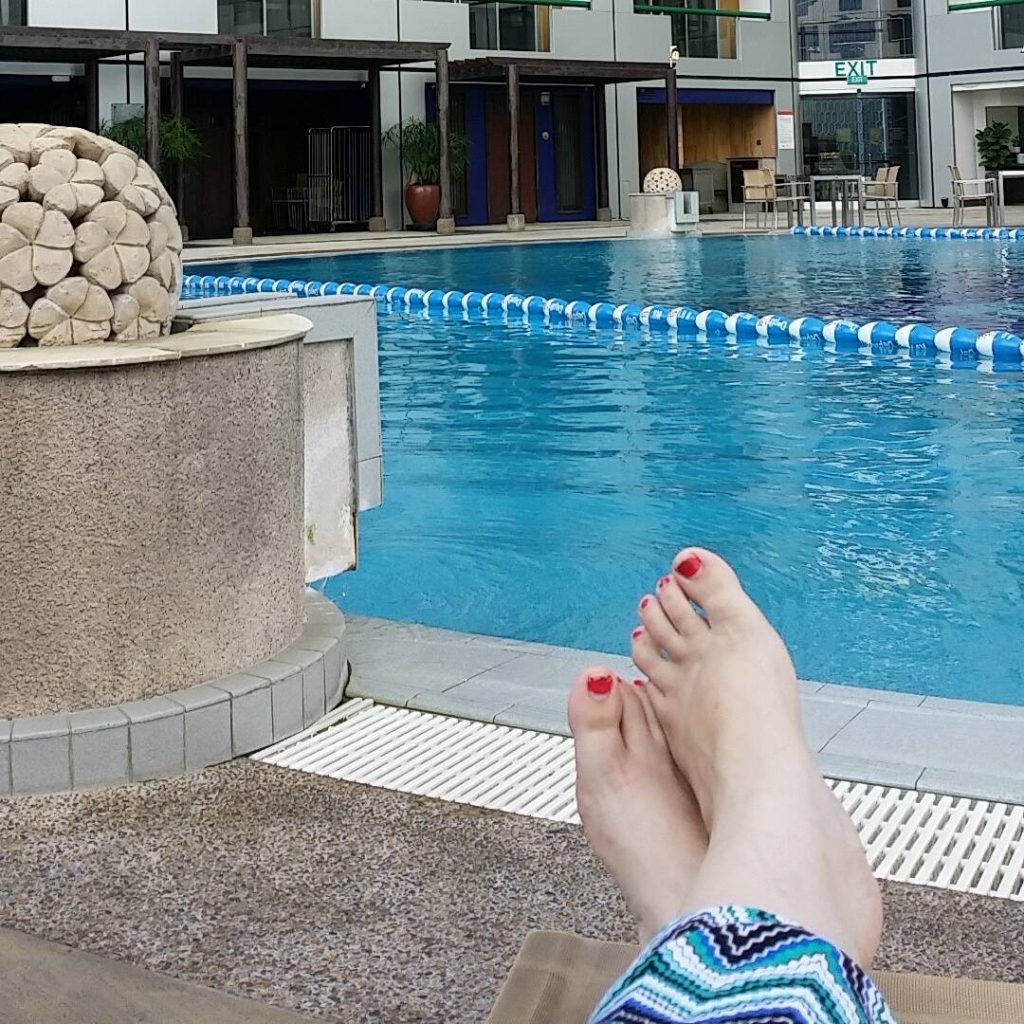 The Awards night itself was a treat of mind blowing proportions. Despite the fact that we had already been to Universal Studios this trip, it was a Scentsy experience of a lifetime with only Independent Scentsy Consultant Trip Earners (and guests) being given access to join in on the fun after dark when the traditional punters had gone for the night. Josh and I whizzed around on the Transformers ride an additional two times and even had the entire ride to ourselves at one stage – wow! 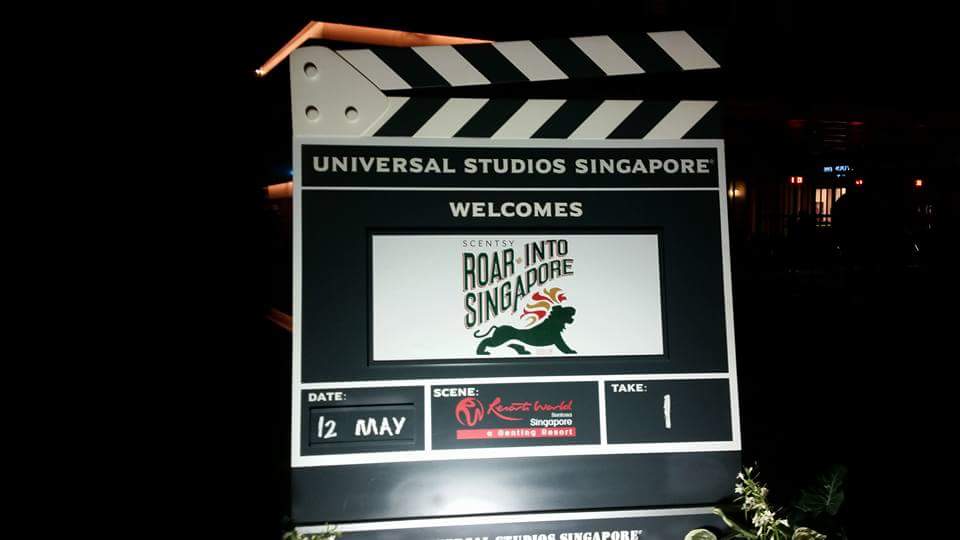 Just when you think it couldn’t get any better than that, out comes the three course meal and private entertainment. Scattered throughout were a host of “in house” Scentsy Awards and the chance to mingle and chat with the entire group as a whole.

On the journey home we stopped off to meet other Scentsy Team Mates in Chinatown and had a much desired reflexology foot massage to get us through the huge final day we had planned before we flew out late on the Friday night and headed home.

Our last morning included a nap in our room after another delicious buffet breakfast – we had a late checkout. Then it was time to see Little India on the Hop On Hop Off bus service and squeeze in a last minute shop at the Mustafa Markets there too! 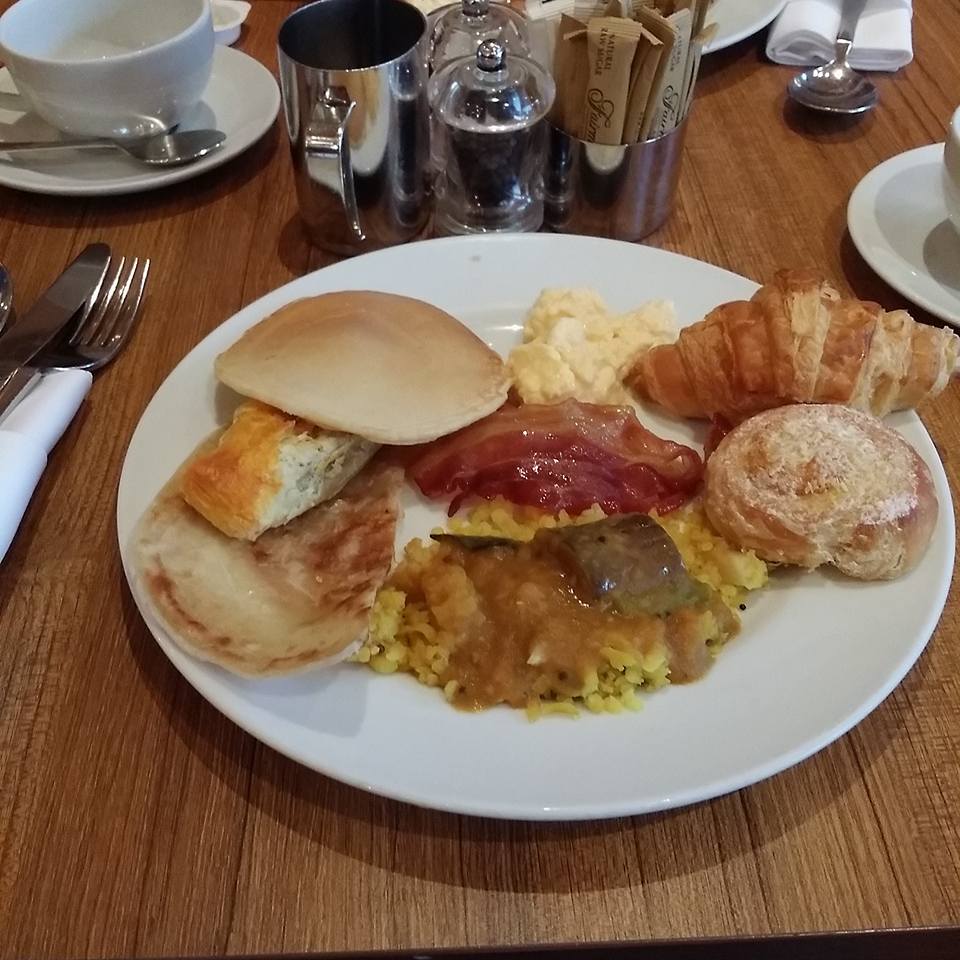 Little India was truly a sight to behold. We couldn’t help but buy our two daughters some traditional Indian clothes (they were simply divine!) and the boys added a few more goodies to their list as well of course. Occasionally fortune favours the bold, and sometimes fools rush in. Let’s just say that the “Pass Pass” mouth freshener was very gratefully received after the HORRIBLE melon drink I attempted to consume after purchasing moments earlier. 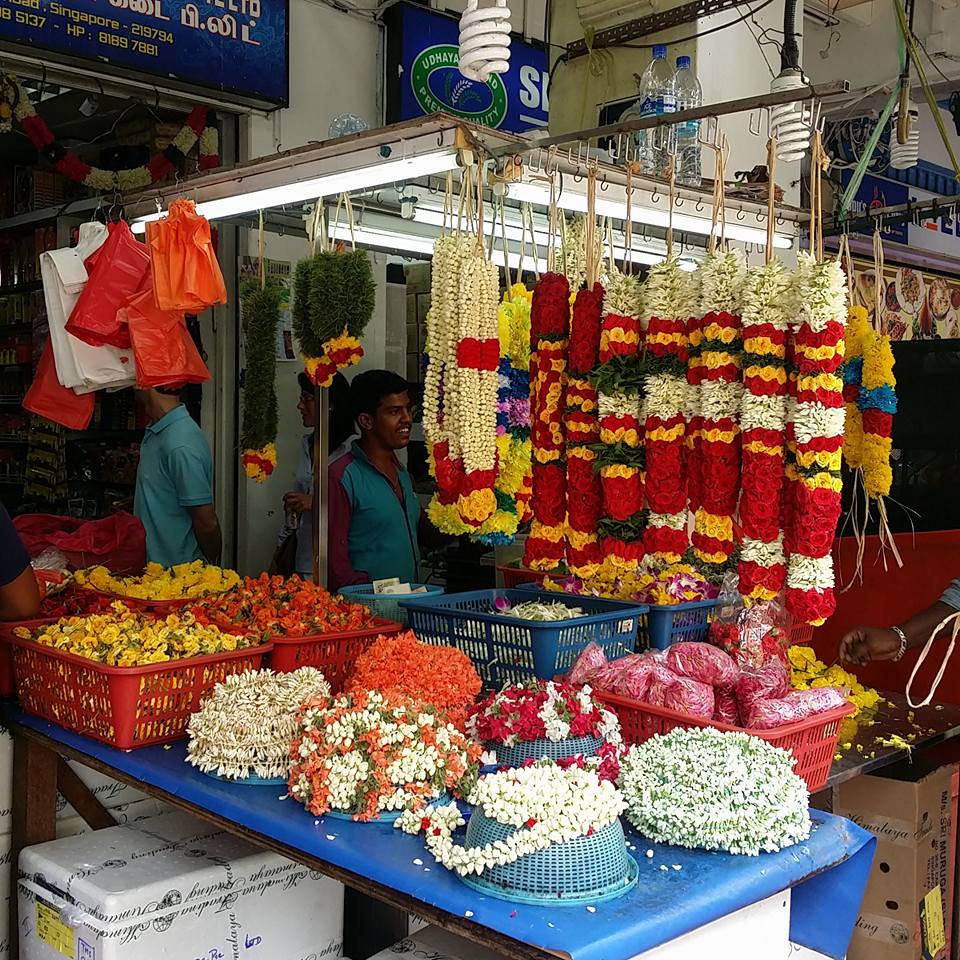 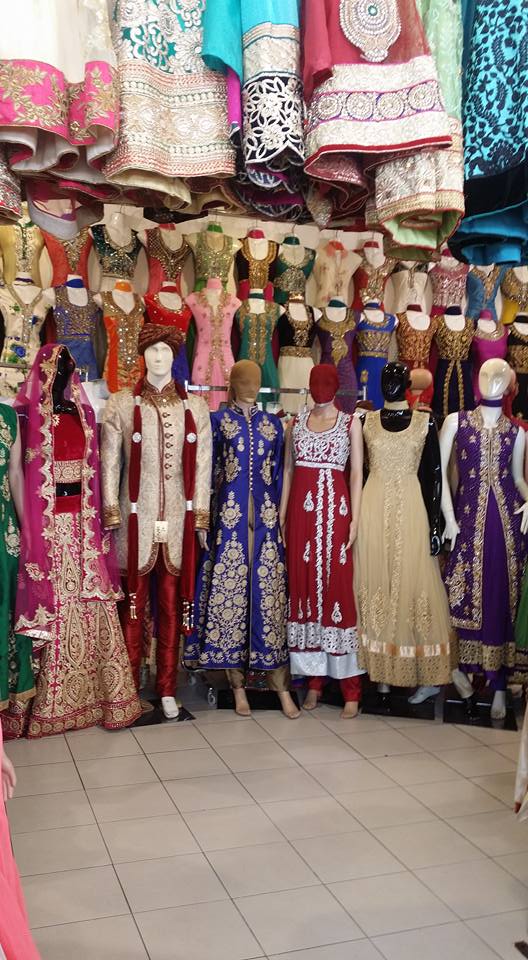 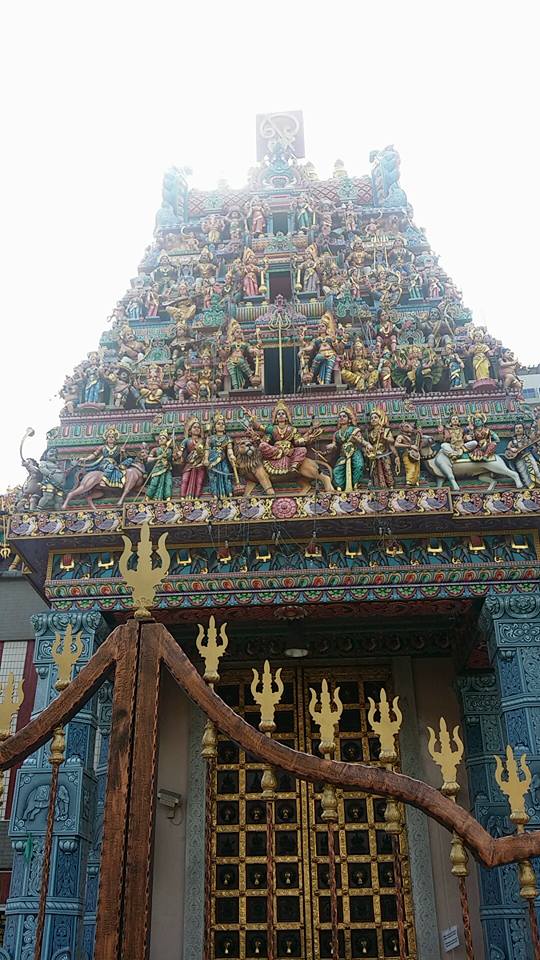 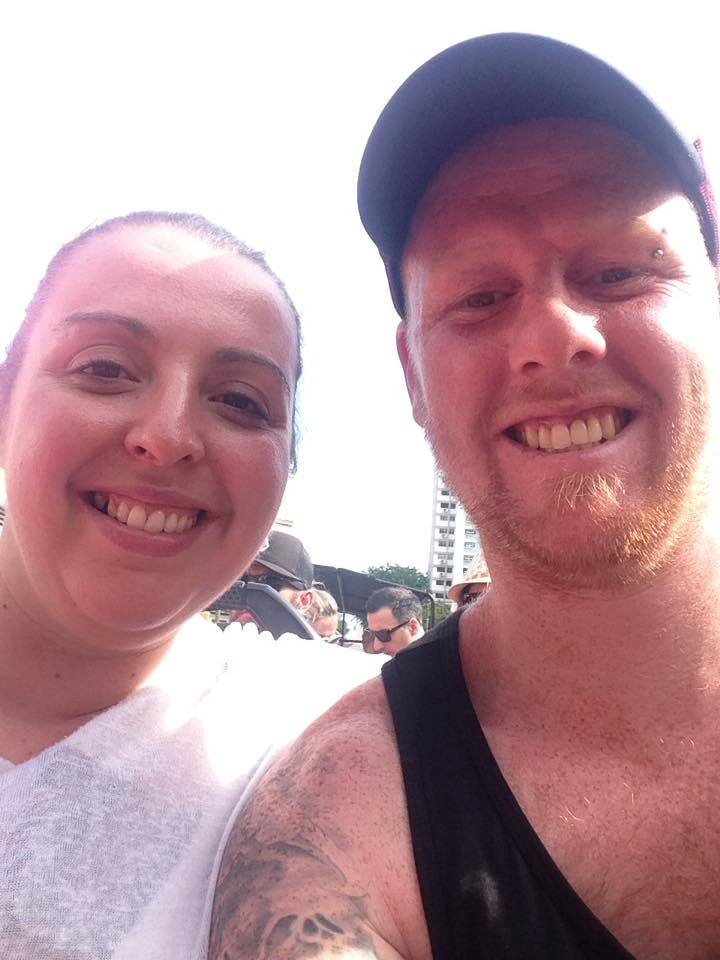 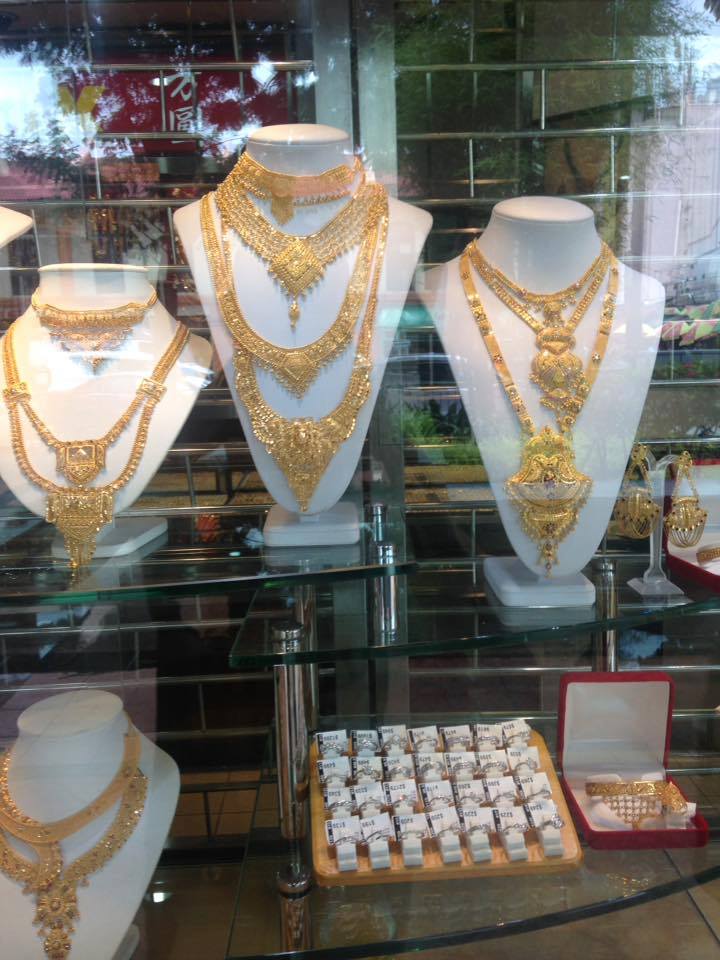 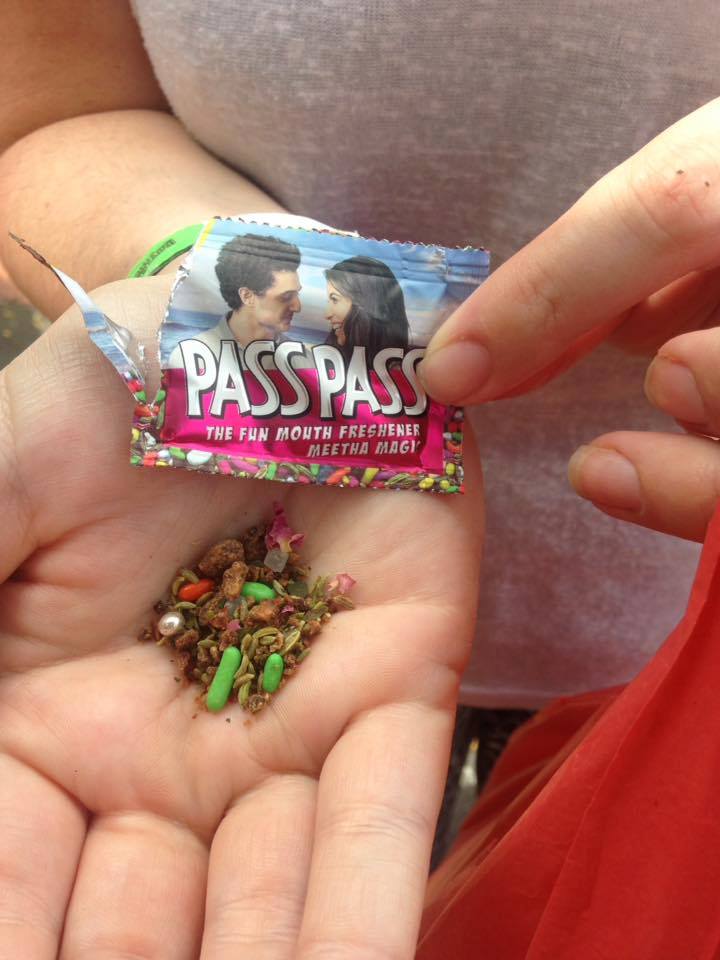 So there you have it Scents With Christie followers, supporters, VIPs and advocates. What an adventure! We said sayonara Singapore with a final foot massage and came home determined to have as many of us and of you earn the next Scentsy Incentive with us. If you would like further information on becoming an Independent Scentsy Consultant request your free information package. We would love to work with you! 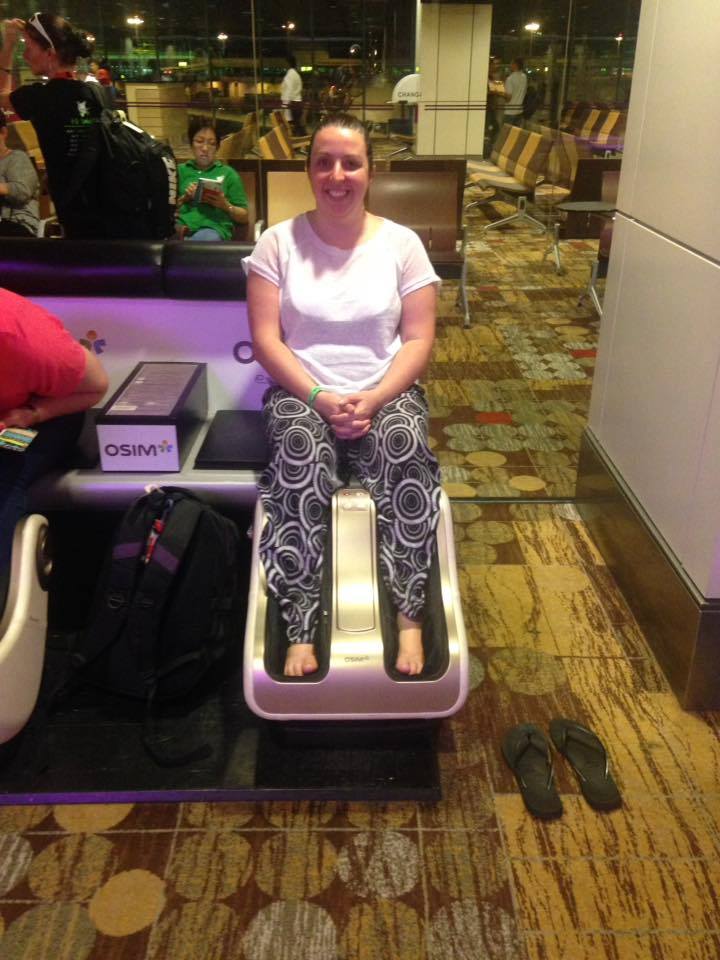 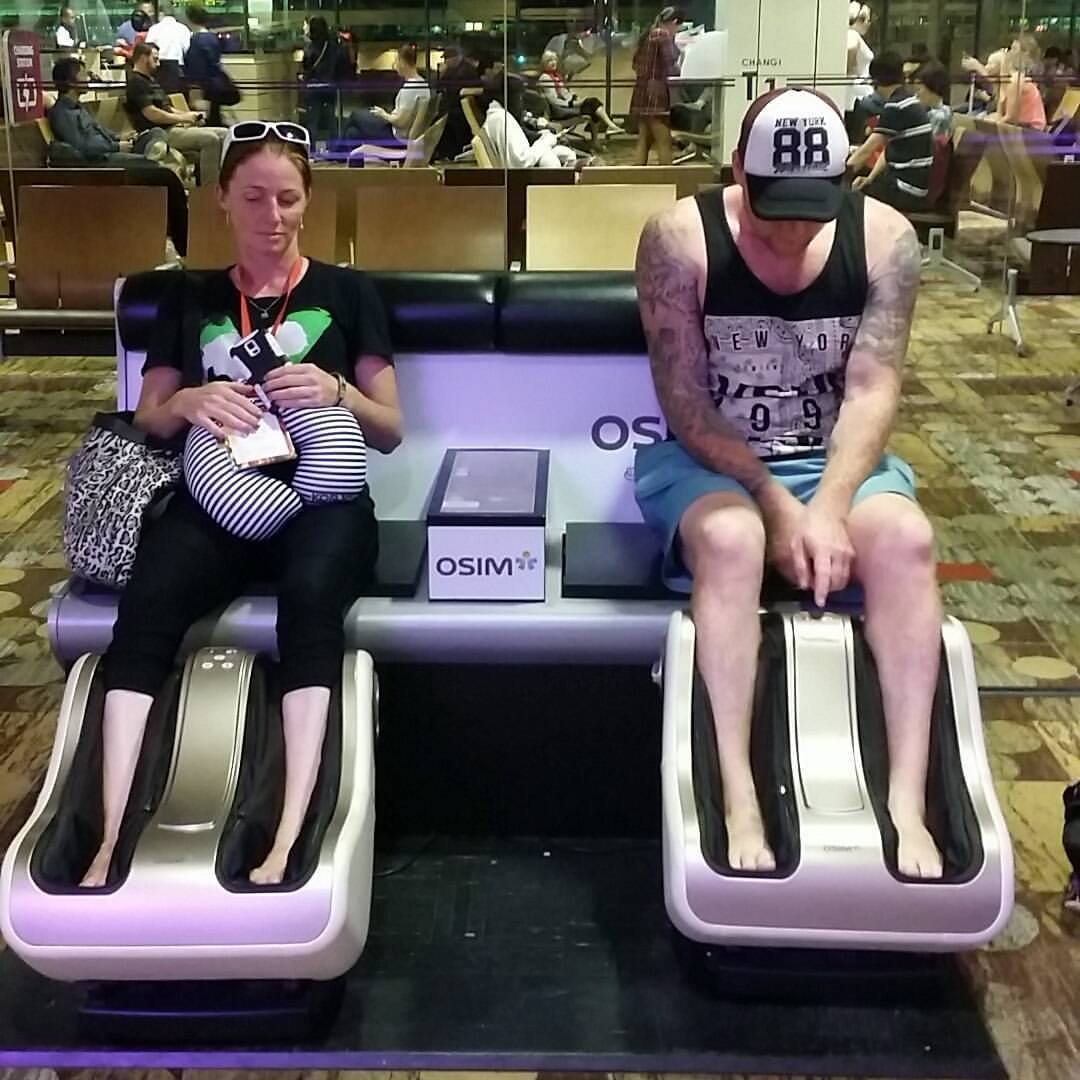 Book Parties! Top 5 Ways to Get Future Bookings in your Scentsy Business

How to Book More Parties – Overcoming Objections (Without Being Pushy)